Nano - The Power of Digital Money

In this video by the YouTube personality Lukas, the actual usability of Nano as an internationally accepted currency is on display.
The video gives an insight into how true the claims are that Nano can be used to send money anywhere, within seconds, and without fees.

We see Nano users from around the world - 11 Countries and 6 Continents to be exact, as they attempt to pass 1 NANO between all the users in different countries, including, but not limited to - the USA, Brazil, Japan, the UK, Germany, and many others.

It is a real-time look at the speed, energy usage, and fees that Nano transactions use.
Did you Know?

Nano development started in 2014
Colin LeMahieu started the development of Nano back in 2014.

The first commit, or the first lines of code created for the Nano currency (which was named RaiBlocks back then), happened on May 1st, 2014. There were also some papers about RaiBlocks and its Distributed ledger network published by Colin in 2014. The actual release happened later in October 2015, when the captcha-faucet based distribution started.
Nano-Currency 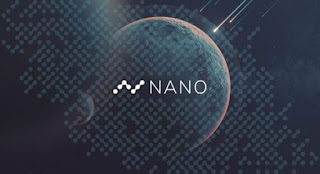